Kartik Aaryan, who is riding high on the success of Bhool Bhulaiyaa 2, has been garnering a lot of attention ever since his blockbuster hit. The actor sat for an exclusive interview with Bollywood Hungama, a segment where he was asked some interesting questions asked by his own fans. The actor said that some compared him to Shah Rukh Khan, especially because of his character in Darr. 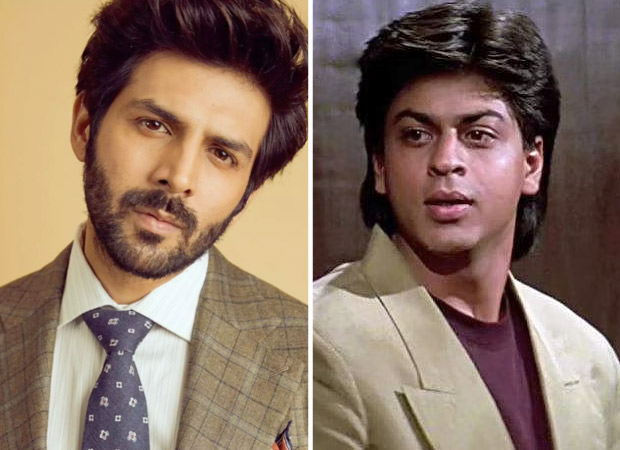 EXCLUSIVE: Kartik Aaryan would love to play a grey role like Shah Rukh Khan did in the film Darr – “It’s one of my favourite films”

When a fan asked, “If Kartik Aaryan was to do an SRK role, which one would it be? We think Kartik would be perfect for the role of SRK in film Darr,” Kartik replied, “I think many people have told me this before.”

He continued, “The last 30 minutes of Bhool Bhulaiyaa 2 when the character of Rooh Baba changes and has relatively serious scenes, many people have said that I can play a grey character quite well. And I’ve been looking for such roles, let’s see. Darr is a good film and it’s also one of my favourite films.”

On the work front, Kartik Aaryan will next be seen in Shehzada with Kriti Sanon, the Hindi remake of Ala Vaikunthapurramuloo. The film, directed by Rohit Dhawan, will be released on February 10, 2023.