The South film industry power couple Mahesh Babu and Namrata Shirodkar seems to be tripping around the globe. While they were seen on a trip to U.S. recently, they have now taken off to Europe next. Recent photos shared by the actress on her social media reveal that the two of them along with their kids Gautam and Sitara have taken off on yet another family holiday to Switzerland. 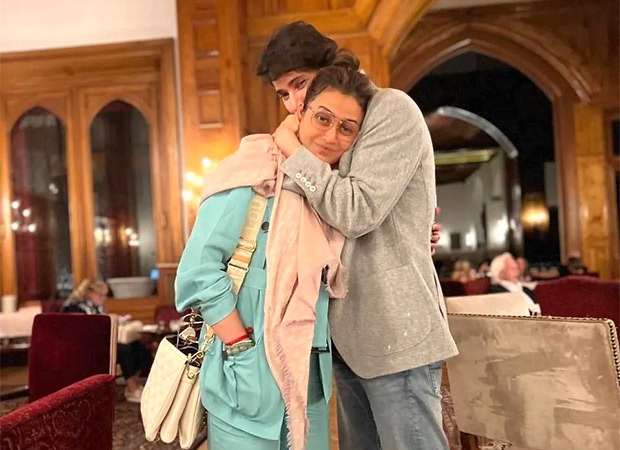 Namrata Shirodkar posted photos with hubby Mahesh Babu from their recent visit to Saint Moritz which is located in Switzerland. In these photos, we can see the South superstar hugging his beloved wife and the latter captioned it saying, “St. Moritz it is!! Nothing compares to you! ♥️♥️♥️ @urstrulymahesh”. Needless to say, the photos received a lot of love from their fans as well as loved ones.

Sister of Namrata Shirodkar, actress Shilpa Shirodkar commented on the post saying, “Love you both so so so much❤️❤️❤️❤️” Celebrity friends of the couple like Avinash Gowariker and Deanne Panday also dropped heart emojis on their friends’ post. Fans too, couldn’t stop gushing over their romance. “Lovely ❤️ #couplegoals” said one of them whereas, “Okay I m not jealous ????????????” said another.

Besides this, Namrata Shirodkar also posted another set of photos amidst a picturesque backdrop. Showcasing the backdrop of the lovable countryside of Switzerland, Namrata was seen enjoying nature as she relaxed on a bench located right in between all the greenery.

Also Read: Mahesh Babu teams up with Trivikram Srinivas for third time for SSMB 28, film arrives in theatres in summer 2023