Ranbir Kapoor’s Shamshera has completely crashed at the box office on Monday as the collections have come down by 70 percent. According to early estimates, the film has collected in the range of Rs. 3 crores, taking the four-day total to Rs. 34 crores. The final collections can be marginally lower, falling to Rs. 2.75 crores, or marginally higher going up till Rs. 3.20 crores, but none the less, all the figures suggest nothing but a crash. 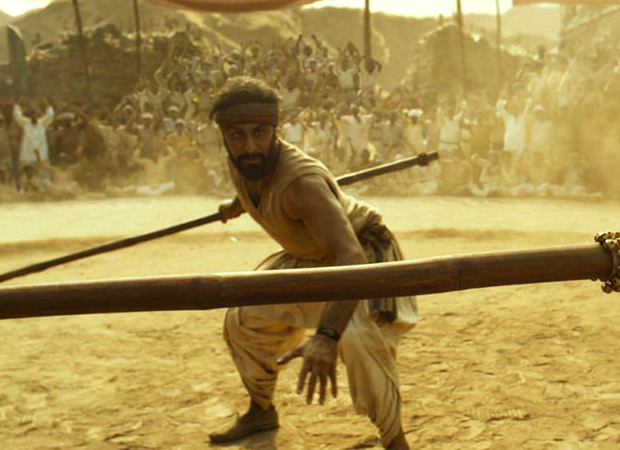 The Karan Malhotra film can officially be termed a disaster now as the lifetime total will be lower than Rs. 45 crores. The trend from hereon will be downward, and Shamshera will be out of most cinema halls by 2nd Friday to be replaced by Ek Villain Returns. The movie saw a wide release on 4,300 screen and by the fourth day, the showcasing has been reduced to less than half the number of shows on first day. Be it multiplexes or the national chains – the drop has come across the country which spells nothing but REJECTION from the audience.

The banner, Yash Raj Films, will also lose some money on Shamshera, despite huge backend deals from satellite and digital partners. The failure of Shamshera has shocked the Hindi Film Industry in a big way and forced all the top names to rethink on the future prospects of films. The failure of Shamshera and Samrat Prithviraj has resulted in multiple period films getting shelved already, with many more waiting to shelved.

The failure of Shamshera has also sent alarm bells ringing in Dharma Productions and Disney camp who are gearing up for the release of another Ranbir Kapoor film, Brahmastra.